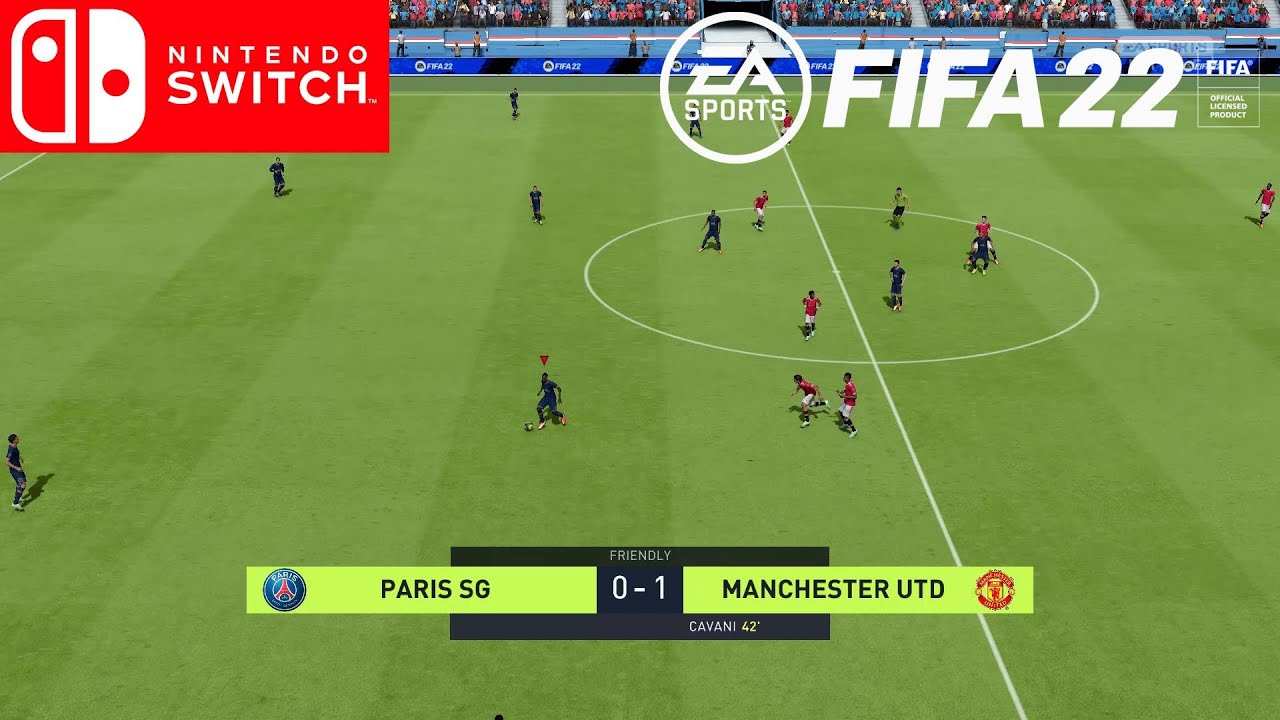 FIFA 22 is currently bringing us plenty of promos to keep us occupied, but we’re turning our attention to the future to see what FIFA 23 will have in store for us.

Nintendo Switch players got a completely different FIFA 22 experience than on other platforms due to the Legacy Edition release, and it looks like they will face the same treatment again.

It’s still a long way off, so we have no official release date for FIFA 23, but we still have a good idea of when to expect it.

Some will be able to access the game sooner than that via a possible Beta or Demo, then Early Access and the Web App.

However, Early Access is usually restricted to those who buy the Ultimate Edition of the game, which has not been made available on Nintendo Switch previously.

Cross-Play Is Not For All

EA has revealed little to nothing about the upcoming FIFA 23, however, a report from Xfire revealed cross-play should be coming to the series for the first time.

Yes, there is an omission from that list of platforms – Nintendo Switch.

It is unsurprising news to many Switch users, who once again look to miss out on an upgraded version of the game, with the Legacy Edition expected again.

It looks like Nintendo Switch users will once again be getting a Legacy Edition of FIFA 23, which is a heavily reduced version of what you can play on the other platforms.

If another Legacy Edition comes for the Switch, it will be the fourth time, meaning the game will have been recycled without much improvement since FIFA 19.

As the official Nintendo page said for FIFA 22, « [the] Legacy Edition will feature the same gameplay innovation from FIFA 21 without any new development or significant enhancements ».

« FIFA 22 Legacy Edition will feature an updated visual identity with a newly design in-game front end and menu screens. Broadcast overlay packages will be refreshed across all modes. »

We hope that EA will issue a significant update, but it seems unlikely.

The following game modes are in the FIFA 22 Legacy Edition, so they will surely return for FIFA 23:

FIFA 23 will be launching in a World Cup year and – as reported by VGC – is set to include both the men’s and women’s tournaments, with a separate game mode expected to be made available.

We will wait to see whether the World Cup game modes will be included on the Switch, but think it is likely they will be.

Find out more about the FIFA 23 World Cup mode here.

FIFA 23 will almost certainly follow suit of FIFA 22, where you can play in TV mode, Tabletop mode, and Handheld mode, with up to 8 players playing at once.