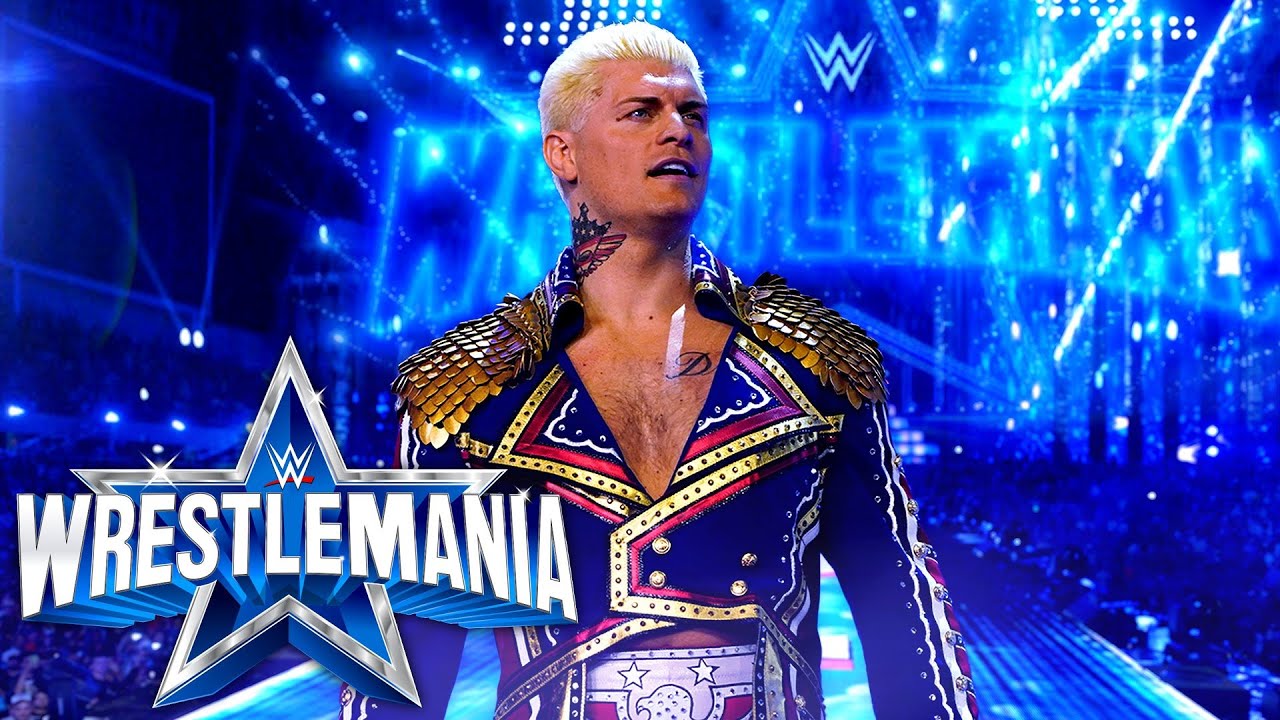 While WWE hosts a dozen or so PPVs a year, Wrestlemania is the biggest. It’s so big, in fact, that it now takes place over two nights. And at Wrestlemania 38 in Dallas, Texas the WWE event delivered plenty of big matches and some memorable moments.

And WWE loves creating Wrestlemania moments–things that will be remembered for all time. Some more famous moments are like when Hulk Hogan body slammed Andre The Giant at Wrestlemania III or when Undertaker defeated the vicious Giant Gonzales at Wrestlemania IX.

At 2022’s Wrestlemania, there were plenty of great Mania moments that got people talking, for better or worse. Over the course of the two night evening, we picked out some of the most notable moments from the PPV for you to check out.

Cody Rhodes facing Seth Rollins was the worst-kept secret in wrestling. However, as soon as Cody’s music hit, AT&T Stadium’s roof blew off. The presentation for his entrance was top notch, and even though we all knew it was coming, we still weren’t prepared.

Shinsuke Nakamura’s tag partner Rick Boogs had a serious injury during Night 1 which led to torn quadriceps and a torn patella tendon as he tried to carry both of The Usos on his back in a fireman’s carry. He will most likely be out for 6-12 months and need surgery. Considering the push he’s gotten the past few months, this was an incredible bummer.

Bianca Belair and Becky Lynch put on an amazing match

When Bianca and Becky were book for a championship match at Wrestlemania, we all knew it was going to be good–but we didn’t know it would be that good. Bianca winning the championship was a huge moment for the wrestler and well deserved as well. She and Becky put on a clinic, and even though there were a couple rough moments–mainly Becky doing a flip and heel-kicking Bianca in the face–the duo powered through and did amazing.

When a celebrity gets announced to be a part of a wrestling match, things can get a bit tricky. Typically, celebrities don’t make for the best wrestlers. However, in the past few years, we’ve seen some good examples of times celebrities have worked–primarily Bad Bunny. And during his match against the Mysterios, Logan Paul leaned heavily into being a heel, and it worked so well. He pulled off a three amigos and a frogsplash onto Rey, and he was actually a lot of fun to watch in the ring–outside of a couple oversells. We can’t wait to see him again, which seems really weird to say.

Steve Austin has one more match

Much like Cody Rhodes returning, we knew Stone Cold would be facing Kevin Owens, and while it’s been 19 years since Austin has been in the ring, he put on a heck of a show. Sure, there was some ring rust to start, but as the match progressed, Austin looked right at home.

Triple H leaving his boots in the ring

Recently, Triple H announced that he was retiring from wrestling after getting sick back in December. He opened up night two of Wrestlemania, welcoming everyone, and after doing so, he left his boots in the ring, signifying he was walking away from wrestling.

When the Jackass guys got involved in this match, we knew there would be some fun shenanigans. What we didn’t expect was Wee Man body slamming Sami Zayn. The pop this got at AT&T Stadium was huge.

After McAfee got the win on Austin Theory, Vince McMahon got some cheap shots in on McAfee. After a beat down, Austin came to the ring, drank some beers, and stunned every1. This led to an amazing shot of a post-stunned McAfee drinking a beer on the ground at ringside.

Check out all our coverage from Wrestlemania weekend: